For the automotive industry, pedestrian safety has been a serious concern since the horseless carriage. Londoner Arthur Edsall was the first driver to strike and kill a pedestrian in 1896 at a speed of four miles per hour. It took the U.S. Congress almost seventy years to impose automotive safety standards and mandate the installation of safety equipment and another thirty years before airbags became a required safety feature. Automotive safety standards in the United States are promulgated by a process of reviewing accidents after they have occurred. 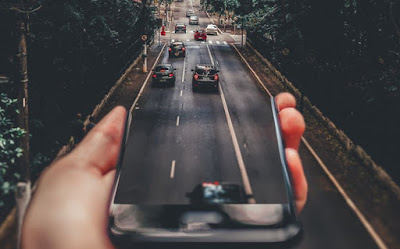 Credits : pexels.com
In 2019, the National Transportation Safety Board (“NTSB”) finally addressed this standards - promulgation process in their Most Wanted List of transportation safety improvements calling for an increase in the implementation of collision-avoidance systems in all new highway vehicles. The progression of this change in policy derived from the 2015 study (SIR-15/01) that described the benefits of forward-collision-avoidance systems and their ability to prevent thousands of accidents.After that report was published, an agreement was reached with the National Highway Traffic Safety Administration (“NHTSA”) and the Insurance Institute for Highway Safety that would require compliance with the Automatic Emergency Braking standard (“AEB”) on all manufactured vehicles by 2022. However, the agreement did not identify the specific technology that would enable AEB, and the question remains whether such technology is readily available and economically viable for industry-wide adoption.

The pace of technology over the last thirty years has been astronomical, yet technology to make driving safer has not kept pace. A computer that not too long ago was the size of a garage now fits into the palm of your hand. Today driving should be safer than ever, but the reality is that without the implantation of available modern technologies, the uncertainties of the road will always be with us. According to the NHTSA, there were 37,461 traffic fatalities in 2016 in the United States. In 2015, there were a total of 6,243,000 passenger car accidents. 1 Globally, there is a fatality every twenty-five seconds and an injury every 1.25 seconds. In the United States there is a fatality every thirteen minutes and an injury every thirteen seconds. These statistics are mind blowing. Compared to recent events affecting the aviation industry, two Boeing 737 MAX 8 airplanes crashed killing 346 people, the same number of people that die as a result of automobile accidents every 144 minutes, and all Boeing 737 MAX 8 airplanes were grounded The cost for automotive accidents is high. According to the national safety counsel, in the United States, the annual cost of health care resulting from cigarette smoking is approximately $300 billion whereas the annual cost of health care for injuries arising from automobile accidents is roughly $415 billion.Technology to protect automobile occupants has reduced the number of driver and passenger fatalities. However, the number of people who die as a result of an accident outside the automobile continue to climb at an alarming rate. Pedestrians are at the greatest risk, especially after dark. The NHTSA reports that in 2018, 6,227 pedestrians were killed in United States traffic accidents, with seventy-eight percent of pedestrian deaths occurring at dusk, dawn, or night.2 In the United States, pedestrian fatalities have increased forty-one percent since 2008. Solutions to address pedestrian fatalities are needed to meet the standards by 2022.

TECHNOLOGY IN THE DRIVER’S SEAT

Ultimately, it is safer cars and safer drivers that make driving safer, and automotive designers need to deploy every possible technological tool to improve driver awareness and make cars more automatically responsive to impending risks. Today’s safest cars can be equipped with a multitude of cameras and sensors to make them hyper-sensitive to the world around them and intelligent enough to take safe evasive action as needed. Microprocessors can process images and identify subject matter 1,000,000 times faster than a human beingAdvanced Driver Assist Systems (“ADAS”) are becoming the norm, spotting potential problems ahead of the automobile making auto travel safer for drivers, passengers, and pedestrians, not to mention the more than one million ‘reported’ animals struck by automobiles in the United States annually resulting in $4.2 billion in insurance claims each year. The advances we have seen so far are the first steps to evolving towards a future of truly autonomous vehicles that will revolutionize both personal and commercial transportation. Drivers need no longer rely on eyes alone to maintain situational awareness. Early generations of vision-assisting cameras were innovative, but they were not particularly intelligent and could do little to perceive the environment around the car and communicate information that could be used for driver decision-making.Today, with tools such as radar, light detection and ranging (“LIDAR”), cameras, and ultrasound installed, a car knows much more about the environment than the driver does and can control the vehicle faster and safer than the human driver. Risky driving conditions such as rain, fog, snow, and glare, are less hazardous when a driver is assisted by additional onboard sensors and data processors.One of the most advanced automotive sensors is a thermal sensor that allows a driver and the automobile to perceive the heat signature of anything ahead of the driver. Previously used mainly for military and commercial applications, early forms of night vision first came to the mainstream automotive market in the 2000 Cadillac DeVille, albeit as a cost-prohibitive accessory priced at almost at a cost approaching $3,000.Since then, thermal cameras and sensors have become smaller, lighter, faster and cheaper. After years of exclusive availability in luxury models, thermal sensors are now ready to take their place among other automotive sensors to provide a first line of driving defense that reaches far beyond the reach of headlights in all vehicles, regardless of the cost of the vehicle

TO KNOW MORE ABOUT SEEK THERMAL CONTACT MENZEL VISION AND ROBOTICS PVT LTD CONTACT US AT (+ 91) 22 67993158 OR EMAIL US AT INFO@MVRPL.COM

Posted by Menzel Vision and Robotics Private Limited at 03:28