The pace of technology’s change over the last decade has been nearly unprecedented in human history and it’s only poised to become even more breathtaking in the years ahead: blockchain, robotics, edge computing, artificial intelligence (AI), big data, 3D printing, sensors, machine vision, internet of things, are just some of the massive technological shifts on the cusp for industries 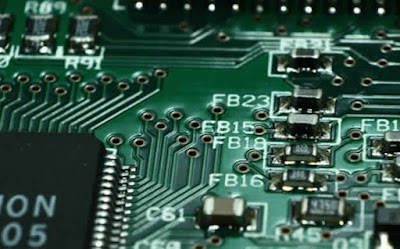 Credits : pexels.com
Strategically planning for the adoption and leveraging of some or all these technologies will be crucial in the manufacturing industry. In the United States, manufacturing accounts for $2.17 trillion in annual economic activity, but by 2025 – just half a decade away – McKinsey forecasts that “smart factories” could generate as much as $3.7 trillion in value. In other words, the companies that can quickly turn their factories into intelligent automation hubs will be the ones that win long term from those investments.“If you’re stuck to the old way and don’t have the capacity to digitalize manufacturing processes, your costs are probably going to rise, your products are going to be late to market, and your ability to provide distinctive value-add to customers will decline,” Stephen Ezell, an expert in global innovation policy at the Information Technology and Innovation Foundation, says in a report from Intel on the future of AI in manufacturing.These technologies as applied in a factory or manufacturing setting are no longer nice to have, they are business critical. According to a recent research report from Forbes Insights, 93% of respondents from the automotive and manufacturing sectors classified AI as ‘highly important’ or ‘absolutely critical to success’. And yet, only 56% of these respondents plan to increase spending on artificial intelligence by less than 10%.The disconnect between recognizing the importance of new technologies that allow for more factory automation and the willingness to spend on them will be the difference between those companies that win and those that lose. Perhaps this reticence to invest in something like AI could be attributed to the lack of understanding of its ROI, capabilities, or real-world use cases. Industry analyst Gartner, Inc. still slots many of AI’s applications into the “peak of inflated expectations” after all.But AI, specifically deep learning or examples-based machine vision, combined with traditional rules-based machine vision can give a manufacturing factory and its teams superpowers. Take a process such as the complex assembly of a modern smartphone or other consumer electronic devices. The combination of rules-based machine vision and deep learning can help robotic assemblers identify the correct parts, identify differences like missing screws or misaligned casings, help detect if a part was present or missing or assembled in a different place on the product, and more quickly determine if those were problems. And they can do this at an unfathomable scale.The combination of machine vision and deep learning are the on-ramp for companies to adopt smarter technologies that will give them the scale, precision, efficiency, and financial growth for the next generation. But understanding the nuanced differences between traditional machine vision and deep learning and how they complement each other, rather than replace, are essential to maximizing those investments.
ALSO READ: THERMAL IMAGING FOR SAFER AUTONOMOUS VEHICLES

TO KNOW MORE ABOUT COGNEX MACHINE VISION SYSTEM CAMERAS IN INDIA CONTACT MENZEL VISION AND ROBOTICS PVT LTD CONTACT US AT (+ 91) 22 67993158 OR EMAIL US AT INFO@MVRPL.COM

Posted by Menzel Vision and Robotics Private Limited at 04:10 No comments: